Riverhead Homes and Condos for Sale

In Suffolk County there is a thriving town known as Riverhead, New York. Situated on the north shore of Long Island, Riverhead had a population around 33,506 residents according to the Census of 2010. Resting at the mouth of the Peconic River, Riverhead has been the county seat of Suffolk since 1727. Riverhead has a great location just 76 miles from New York City and 166 miles from Boston. Not only is Riverhead in close proximity to such iconic destinations, but it is also home to remarkable options for shopping, dining, entertainment and recreation. Among its most noteworthy locales you’ll find Wading River, Reeves Beach and Iron Pier.

If you would like to learn more about the homes for sale in Riverhead, New York, please do not hesitate to contact us today.

WATERFRONT ESTATE Dreams can come true and here is the opportunity to own your very own wonderland. From the moment you arrive to the double iron gates which open up to w...

Formerly known as The Kubby Farm. This is a great opportunity to have multiple revenue streams or live/work. Over 24 acres with rural corridor use and Rb-80 zoning. There...

Exciting Opportunity to be a Part of the Riverside Revitalization Project! These 3 Waterfront Properties are side by side - perfect for retail, business, restaurant, or ...

To arrive at this ultra-private property, you'll follow a densely forested road as it winds leading through an untouched nature preserve. Along the alee of English oaks, ...

This property is truly a rare gem. Rural yet only minutes from local shops. One acre of this two acre piece of land is zoned for a bed and breakfast. The land has been ex...

New construction in Riverhead with sublime farmviews located directly across from Stonewalls Country Club, the vineyard, and an 18-hole golf course. The 3,500 sq.ft. home...

Welcome Home to this stunning and totally updated Victorian House that offers 4,500 sq.ft of modern luxury!!! Situated in a Cul De Sac, on 4.73 beautiful Flat Acres, this...

Highly trafficked organic restaurant featuring anchor businesses across the street and next door, including a Hotel and brand new office building, as well as the Southamp...

A beacon amongst the historic row of homes on Riverside Drive, one cannot help to appreciate the well-balanced architecture, the portico with robin's egg blue ceiling and...

Rare opportunity. Just over three acres of property with deeded beach rights. This 4 bed 3 bath ranch will give you everything you need! Prime north shore living in wine ...

Brand New Post Modern To Be Built Put your own touch on this stunning home with an oversized master suite with walk in closet and true master bath, Living Room with fire... 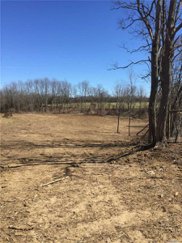 Rare Opportunity! Circa 1910 Totally Renovated,Turn-Key Historical Home Located Downtown Riverhead. Massive Potential! DC3 Mixed Use. Work from Home or use as a Business...

Brand New Construction Nested on a 1.77 Acres in a secluded area. Do you love privacy?, don't look further. Beautiful 2450 sqft home in a cul-de-sac with 9 ft ceilings on...

Beautiful Victorian home, covering a 3404 sq ft. Single family residence, located in a DC-3 (Downtown Center Office) with many possibilities for the property, to be turne...

Ton of chararcter in this Free Standing building ready for renovation located in the opportunity zone. Ideal conversion to mixed use loft/ apartments over office/retail/...

Expansive North Fork Property...This home features three bedrooms, two full baths and full basement on over an acre of manicured lawn..Located in a private setting at the...

Live where you work! Prime, Professional Building located in the Opportunity Zone of Riverhead! Building currently zoned for Professional Business or may be converted bac...

Gorgeous Home With Room For The Whole Family. This Newly Updated 5 Bedrooms, 3 Full Bath House Has Everything You're Looking For. First Floor Boosts Master With Ensuite A...

The prime location on Sound Avenue opposite one of the most famous Farm stands on Long Island. This offering is for both lots. These two one acre lots at the intersection...

Nothing like new. not your ordinary Raised-Ranch - custom built open layout with a modern flair. tall ceilings hard wood floors throughout. 42in kitchen cabinets & granit...

Country Club living without an HOA. Amazing opportunity to own a ranch style home with little to no maintenance. Located within a cul-de-sac community and surronded by O...

Spacious 4 bed 2.5 bath home on a HUGE 1.3 acre lot. This home's cathedral ceilings and windows bathe the first floor in light. The second floor master has a balcony for ...

Charming Colonial on a spacious half acre+ lot situated at the gateway to the North and South Forks. Minutes from wineries, farm stands and shops, the home features 3 bed...

Very special, gardener's delight property. Gutted to the studs and totally renovated in 2013, except for the kitchen this incredible homestead property, affords you the ...

Saddle Lakes is a beautiful, over 55 condo community located in Riverhead, NY, boasting an indoor and outdoor pool, movie theater, gym, salon and a range of informal club...

Captiva model with loft in prime location on a cul-de-sac in Saddle Lakes, a 55+ gated community. Well maintained unit with hardwood floors, fireplace and vaulted ceiling...

This 3 bedroom 2 bath newly renovated house is perfect for anyone, who doesn't want to do any work. Move in condition makes this the perfect investment.

The best of all! Close to all the North and South Shore have to offer! Lots 14 & 30 Being Sold Together. Access From Road From Lot 30. Great Opportunity to build your dre...

Welcome to 2004 Augusta Alley at Sunken Pond. Enjoy your time by sitting on your porch watching a sunset over the pond, having lunch on the back patio, or taking a strol...

Charming Home In The Heart Of Riverhead. This Property Has 3 Bedrooms, 1 Full Bathroom, Kitchen, Living Room And Big Back Yard. 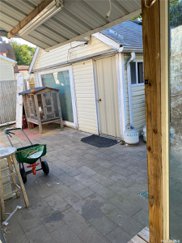 Featuring this home located in an area where everything is close - Perfect for a fist time home buyer where they can enjoy the Outlets - Wineries - Farms and much more. M...

Build Your Dream Home On The East End With Easy Access To Both The North And South Forks. A Mere 2 Hour Drive From Brooklyn And When You Get Here You Will Have Access To ...

The property is occupied so all potential buyers are asked to check with city and tax records to determine actual bedroom, bathroom counts and all details on this pro...

Build your dream house on this beautiful lot .60 of an acre on the Peconic River. Property is a flag lot. Privacy on both sides. There is a dilapidated structure on level...

Welcome to 417 Circlewood nestled within this lovely 55 and better community. This expanded 2 bedroom 2 bath sun-filled ranch will be the perfect place to call your next...

Vacant buildable lot in Jamesport. Build your dream home on this .41 of an acre in Jamesport. Wooded lot with water and electric. Do not walk property unaccompanied.

Welcome to Glenwood Village a 55 and Over Senior Community- Offering a 49 year Land Lease at $586 per month. This home features 2 bedrooms, 1 bath, LR, Eat In Kitchen, C...

Vacant lot located between 415 Union Ave and 425 Union Ave, currently part of 415 Union Ave. Sale is subject to purchaser obtaining subdivision approval at their own cost...

Vacant land, previously it was a house that was demolished. Sewer and gas on the street. Couple houses in the same street are built in similar size lots.

This home is in a family park. Pristine 2 bedroom home one and a half bathroom home. Full size washer and dryer, Primary bedroom has the half bath. Furnace only 4 years ...

Welcome to Glenwood Village a 55+ Senior Community - This 1999 Pine Grove Manufactured Home features 2 bedrooms, 2 baths, LR, Eat In Kitchen with built in hutch in the Di...

55+ community. CASH PURCHASE. Beautifully landscaped home on a lovely corner lot. This home is in pristine condition. The kitchen has white cabinetry and an electric stov... 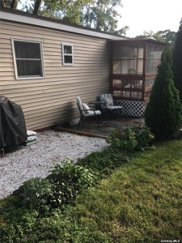 Completely redone in 2015 from top to bottom. Mobile home in 55 and over community. Updated electric and plumbing. New roof and Windows. Custom kitchen cabinets, big bath...

This is a 55 and older retirement community. 1979 skyline, with 980 Square feet. The unit consists of a large eat in kitchen, living room, two bedrooms, two full baths. G...