Coram Homes and Condos for Sale

Coram is a remarkable hamlet and census designated place (CDP) in the charming Town of Brookhaven in Suffolk County on Long Island, New York. At the time of the 2010 census, Coram had an approximate population of 39,113 residents. Coram is in the 11727 zip code and has a total area of 13.8 square miles, all of it being land. Boasting a long, rich history, Coram is the oldest settlement in the central area of Brookhaven. The earliest known settler was likely William Satterly who opened a tavern in 1677 to cater to travelers. Until 1703, the area was  known as “Wincoram”, perhaps the name of a Native American who lived there. Benjamin Tallmadge’s Culper Ring captured and buner 300 tons of British hay at the corner of what would later be know as  New York State Route 25 and New York State Route 112. Communities within two miles of Coram are Terryville, Selden, Gordon Heights, Mount Sinai, Middle Island, Port Jefferson Station, Farmingville, and Centereach. This close proximity to so many wonderful communities affords Coram residents abundant choices for shopping, dining, entertainment and recreation.

One of the oldest structure in Coram is the Davis House, built in the 1750’s which was placed on the National Register of Historic Places in 2001. In addition to points of historical interest, Coram also has excellent public schools. The children of the Coram attend schools in the Longwood Central School District and the Middle Country Central School District. Bus service is available in Coram. This area became a center for shipbuilding because of its locations on the water, and Brookhaven, the larger community in which Coram is situated, is the only town in the county that stretches from the north shore to the south shore of Long Island. Brookhaven is home to Stony Brook University and Brookhaven National Laboratory and is approximately 50 miles from Manhattan.

Homes for sale in the Brookhaven community of Coram include properties of varying sizes, architectural styles and ages. Condominiums, townhomes, single family homes, and lots on which to build your custom home are all available in the village of Coram. The average listing price for a condo in Coram is about $229,200. The average listing price for a single family home in Coram is approximately $316,700. That said, some Coram homes can sell for as much as $699,000.

If you would like more information regarding homes for sale in Coram, New York, please do not hesitate to contact us today.

Newly Renovated Corner Property For Sale!!! Large Home Situated On A Large 23,087 Sqft. Corner Lot. According To The Owner The Property Can Be Also Be Used As A Daycare

Photo is not exact of home being built. see attachments for floor plan,survey and spec sheet. expected to start building in the spring in this 4 lot subdivision in a priv...

Calling all Builders 8 acres subdivided into 4 lots planing and board of health approved. seller will make sale subject to approval of building permits

Don't miss out on this 5 bedroom, 2 bathroom home. There is still time to enjoy the beautiful back yard with a 50' in ground pool and full length deck. The two oversized ...

THIS LOT IS LOCATED AT THE END OF THE 4 LOT FLAG SUB-DIVISION/TO BE BUILT/ 4 BEDROOM CENTER HALL COLONIAL HAS KITCHEN W/ CHOICE OF CABINETS, CHOICE OF GRANITE S/S APPLIAN...

THIS IS THE FIRST LOT IN THE 4 LOT FLAG LOT SUB-DIVISION/TO BE BUILT/ 3 BEDROOM CENTER HALL COLONIAL HAS A KITCHEN W/ CHOICE OF CABINETS, CHOICE OF GRANITE, S/S APPLIAN...

Gut Renovated Split situated on a flat third-acre lot on a quiet tree-lined st. This home offers a brand new kitchen with a quartz top, which opens to the Living Room and...

This is a beautiful 55+ condo community at The Oaks @ Hawkins Path. This is a semi detached unit with two bedrooms, two baths one with Jacuzzi tub, a full basement and on...

Located In A Private Cul-De-Sac You Will Find This L- Ranch. 3 Bedrooms, 1 Full Bath And Lots Of Closet Space. Featuring A Fenced Yard, Small Front Porch, Rear Deck And 3...

Opportunity knocks to move into this Lovingly maintained 3 bedroom ranch with an Open floorplan and cathedral ceilings. This home features a 2 car garage, lovely fenced f...

SHOWING SUNDAY 5/16 FROM 2-4PM W/ CONFIRMED APPT TIME. IF YOU'RE LOOKING FOR SPACE AND STORAGE THIS IS YOUR HOME!!! Hi Ranch Home Great For Extended Family. The size of... 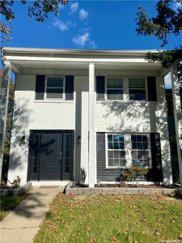 Beautiful move in ready condo boasts a newly renovated kitchen, two and a half baths, and 3 spacious bedrooms. There's plenty of room for entertaining guests in the large... 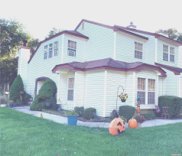 Easy Living in this well-maintained duplex. Spacious living/dining and cozy fireplace in the den off the Eat-in kitchen. Silders out to a private patio, perfect for BBQ o...

This 2 - 3 Bedroom 1.5 bath End Unit Condo boasts hardwood floors, a large eat in kitchen that flows into the dining room and living room with a wood burning fireplace. W...

This Exeter unit is the largest model the complex has to offer. 2 car driveway leads to oversize 1 car garage with bonus room. Large LR leads to formal DR with small addi...

THIS IS A MUST SEE In Great Location! Updates include crown molding, freshly painted, ceramic tile floors, updated bathroom, and lovely eat in kitchen. Enjoy golf, gym, b... 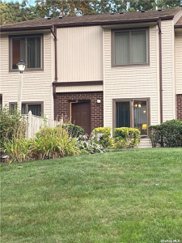 You will feel like you're in vacation all year round with this Clean Bright 2 Brs,2 Bth Upper Lamont Model,Beauthiful .Kitchen with Granite counter and stain steel applia... 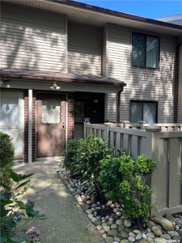 Welcome to Country Club Living! This Beautiful 2nd Floor, 2 Bedroom Condo in a Gated Community. Great Amenities to Enjoy! Basement Storage is Available Only with Condo B... 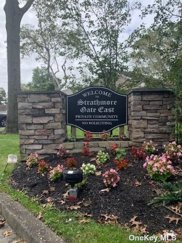 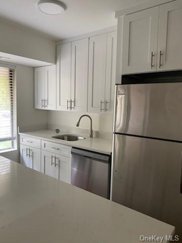 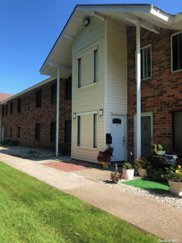