Melville Homes and Condos for Sale

The Long Island-based hamlet of Melville may be a relatively small community -- the U.S. Census Bureau reported a population of just over 14,000 residents in 2000 -- but that hasn't stopped it from becoming a center of the corporate world.

Despite its small size and population, this community in the Suffolk County town of Huffington, N.Y., has attracted more than its share of corporate and regional business headquarters.

Melville is already home to such companies as Nikon Corporation, Allion Healthcare, Arrow Electronics and global staffing firm Adecco. But it will soon acquire its largest business resident yet, the new headquarters of photography and printing giant Canon USA.

In 2010, Canon USA broke ground on a new corporate headquarters in Melville. The corporate building will rise on 52 acres of land that once provided a home for a sprawling pumpkin farm.

Melville boasts the perfect location for corporations. It sits near two of the busiest expressways in the country, the Long Island Expressway and the Northern State Parkway. Both roads also serve as major entrances to New York.

There's more to Melville, though, than corporate headquarters. This tight-knit community is also home to an eclectic mix of restaurants, boutique shops and busy community parks. History is important here, too - the old Presbyterian church has been in operation since 1829, even surviving a mile-long move in1977.

History and commerce, not to mention stately homes and an exciting array of shopping and dining options, make Melville a must-see community in Long Island.

Melville. This majestic brick, 6-bedroom, 6-bath, 3-powder room home sits high up on a hill overlooking all of Long Island with its own, FAA recognized, heliport. Sophis...

Contemporary home conveniently located in Melville, nestled between Montauk and NYC. It is easily accessible from the Northern State Parkway/Long Island Expressway. This ...

Welcome to this New Construction, One of a Kind Sprawling Colonial. Built at the Highest Level with Top of the Line Stunning Finishes Throughout. Beginning with the Two S...

Lifestyle & Location! This Is The Home You Have Been Waiting For! Move Right Into This Gorgeous Home Set On A Fabulous Country Club Like Flat Backyard. Inviting Den With ...

very Spacious Colonial in West Hills area at Nassau Suffolk Border off the lovely Round Swamp Rd. Convenient to All. Note: this home is in Huntington post office zip 1174...

Stunning, Fully Updated Farm Ranch situated on quiet 1.4 park like acres, backing to West Hills Preserve. There are two primary En-Suites, one on the first floor with lar...

Move right into this gorgeous home. The owner has spared no expense building this beautiful Colonial. The home features hard wood red oak floors w/ a walnut finish, and ...

This turnkey 4br/2.5bth Bennington Colonial is everything you could want and more in the highly desirable gated community of Villages at Huntington. This pristine home fe...

Welcome to this spacious, 5 bdrm/2.5 bath VALBROOK Colonial with many updates. Soaring double story entry with huge Andersen and Pella windows throughout. Large EIK w/ up...

This Beautiful 3 Bedroom, 2 Bathroom Expanded Ranch Is Right On Walt Whitman Rd And Close To Everything. This Property Sits On A Full Acre With A Full Basement, 2 Car Gar...

Move Right Into beautiful Condo in Sought After Northgate Community. This is the very large Columbia END Unit with Wrap Around Deck with a gorgeous view!! Kitchen updated...

Ashton Model :::::This Great Country Pointe 3 Bedroom, 2.5 Bath Condo Is Located In the Half Hollow Hills SD#5. Located in a Cul-de- Sac and Being An End Unit, Make This ...

Here is Your Chance To Live In This Luxurious Gated Community (The Villages) with 24 Hour Manned Security. This Semi Attached Townhome Includes 3 Nice Size Bedrooms, 2 1/...

It's the one you have been waiting for! This expanded, oversized cape in Half Hollow Hills SD sits on 1/3 acre. 3 BR's, & 3 baths. Full finished bsmt features an outside ...

This perfectly situated Country Village Colonial is located in the Half Hollow Hills School District. There are 2 lots in this sale. .18 and .15 (Total acres is .33) res...

3 Bedroom 2 Full Bath Hi Ranch in The Triangle. Within the last 5 years house has been updated: with a new roof, new windows, siding, stacked stone on lower half of hous... 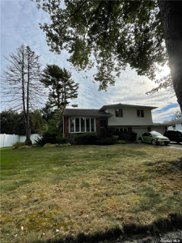 Beautiful home located in the heart of Melville! Endless possibilities for this split level home, you can't beat the location.. Features Included hard-wood floors through...

Don't Miss The One of A Kind, Front to Back Split Level Home in the Heart of Melville! This Home Boasts Updates and Upgrades Throughout. There is a Beautiful Eat in Kitch...

Split level on quiet cul de sac in Half Hollow Hills SD. Loads of potential, bring your vision to this wonderful opportunity. Being sold as is.

Great Opportunity to Own This Pristine Condo Located in The Club at Melville. New Luxurious Affordable Development for The 55+ Community. Resort Style Living w/ All the...